We have scanned a number of articles from the archives of Vermont Golf Magazine that relate to the history of Golf in Vermont. Enjoy! 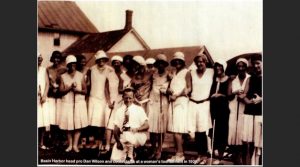 In the muted sunshine of a summer’s day, Bob Beach, Jr., points with pride at the 700 acres that make up his family’s Basin Harbor Club, along lake Champlain’s eastern shore. “We’re seeking property-wide Audubon certification,” he says, and if the club gets it, it will be one of the few in Vermont to do so. An environmental stamp of approval from an organization like Audubon is important to the folks at Basin Harbor because it fits with an attitude that stretches across four generations and more than 100 years. “Our philosophy has always been the stewardship of the land,” Beach says as he points to wildflowers, butterfly parks, bird nesting areas,  nature walks, and wildlife habitats. Click here to read more!

The waning years of the late 19th century saw the creation of a handful of what would turn into Vermont’s still-standing, historic golf clubs. As Jack Mahoney wrote in “The Golf History of New England”, “Following Dorset Came a flock of courses in Vermont, including Woodstock (1895), Mt. Anthony in Bennington (1897), Ekwanok in Manchester (1898), The Mountain View Country Club in Greensboro (1898) and the forerunner of the Burlington Country Club, the Waubanakee Golf Club,in 1899… Although Mountain View is not noted for a particularly difficult hole, it provided a rare look into the past with greens fenced off to ward curious cows and other unwanted creatures.” Click here to read more! 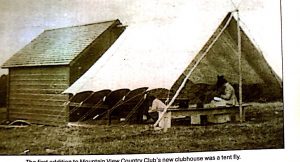 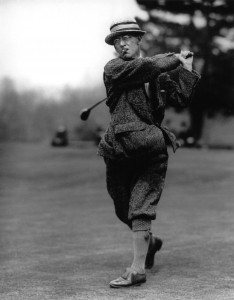 There are many thoughts about what makes a golf course great. For those of us who collect golf stuff, everything from books and clubs to medals and ephemera, there is another factor beyond the usual. For us, a visit to a golf club can actually have as the day’s highlight something other than playing golf.

Certain artifacts, often casually displayed on a clubhouse wall or hallway, other times set out in a prominent location, are quite simply astounding to any collector or person with even a passing interest in golf history. On the wall in a downstairs hallway leading into the men’s locker room at the Chicago Golf Club is possibly the most important document in American golf: the original signed agreement dated December 22, 1894, that formed The Amateur Golf Association of the United States, now the USGA. Nearby are several cases of old golf clubs, all with a story of their own to tell. Click here to read more!

Rome wasn’t built in a day and nor was Williston Golf Club. In 1927, Frank Talcott built the original nine holes. It was created for the enjoyment of his friends and family. It was a simple layout with sand greens, coffee cans were used for the holes and a single set of hickory shafted golf clubs was shared between the few Golfers that would play each day. As the games popularity grew so did the Williston Golf Club. Frank’s son, George Talcott operated the course through the mid 1960’s. His daughter, Shirley and her husband Ben Murray, took over in the late 60’s. Click here to read more! 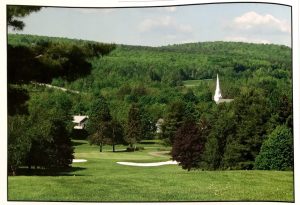 Fifty years fade like a twilight’s flicker and the old caddies breath quickens as he vividly recalls, stroke by stroke, putt, by knee-knocking putt the climactic holes of the 1946 Eastern New York Women’s Amateur Championship. “I had just een discharge from the Navy,” Hank Vergi can’t forget, “and I was looking for something to do. My brother worked at the Troy (NY) Club and he told me, ‘I like this kid from Vermont. She looks like a winner.’ So I asked the young lady if she wanted me to tote her clubs.” That was just fine with 20-year-old Mae Murray of Rutland who was competing in her first major championship away from her home state. Click here to read more!