Fifty years fade like a twilight’s flicker and the old cadie’s breath quickens as he vividly recalls, stroke by stroke, put, by knee-knocking putt the climactic holes of the 1946 Eastern New York Women’s Amateur Championship.

“I had just been discharged from the Navy.” Hank Vergie can’t forget, “and I was looking for something to do. My brother worked at the Troy (NY) Club and he told me, ‘I like this kid from Vermont. She looks like a winner.’ So I asked the young lady if she wanted me to tote her clubs.” That was just fine with 20-year-old Mae Murray of Rutland who was competing in her first major championship away from her home state.

“We were even with four to play in the semi-final.” Vergie picks up his remarkable precise narration. “We were playing Marjorie Harrison, the defending New York state champion. I tell her, ‘Mae, don’t hit the driver. Please don’t. Just play it safe.’She ignored me and she was right. She hit a big tee shot and won the hole.” 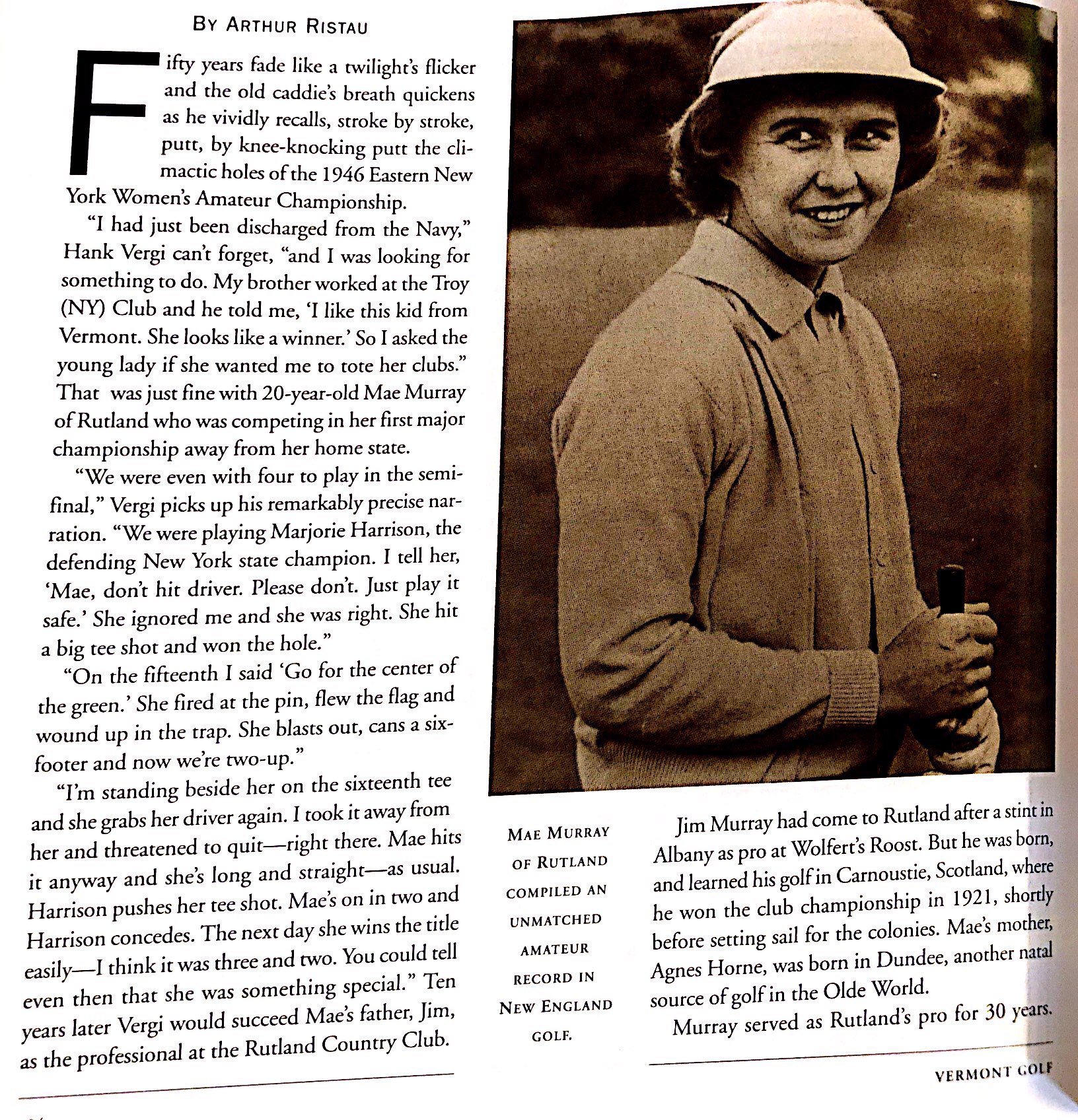 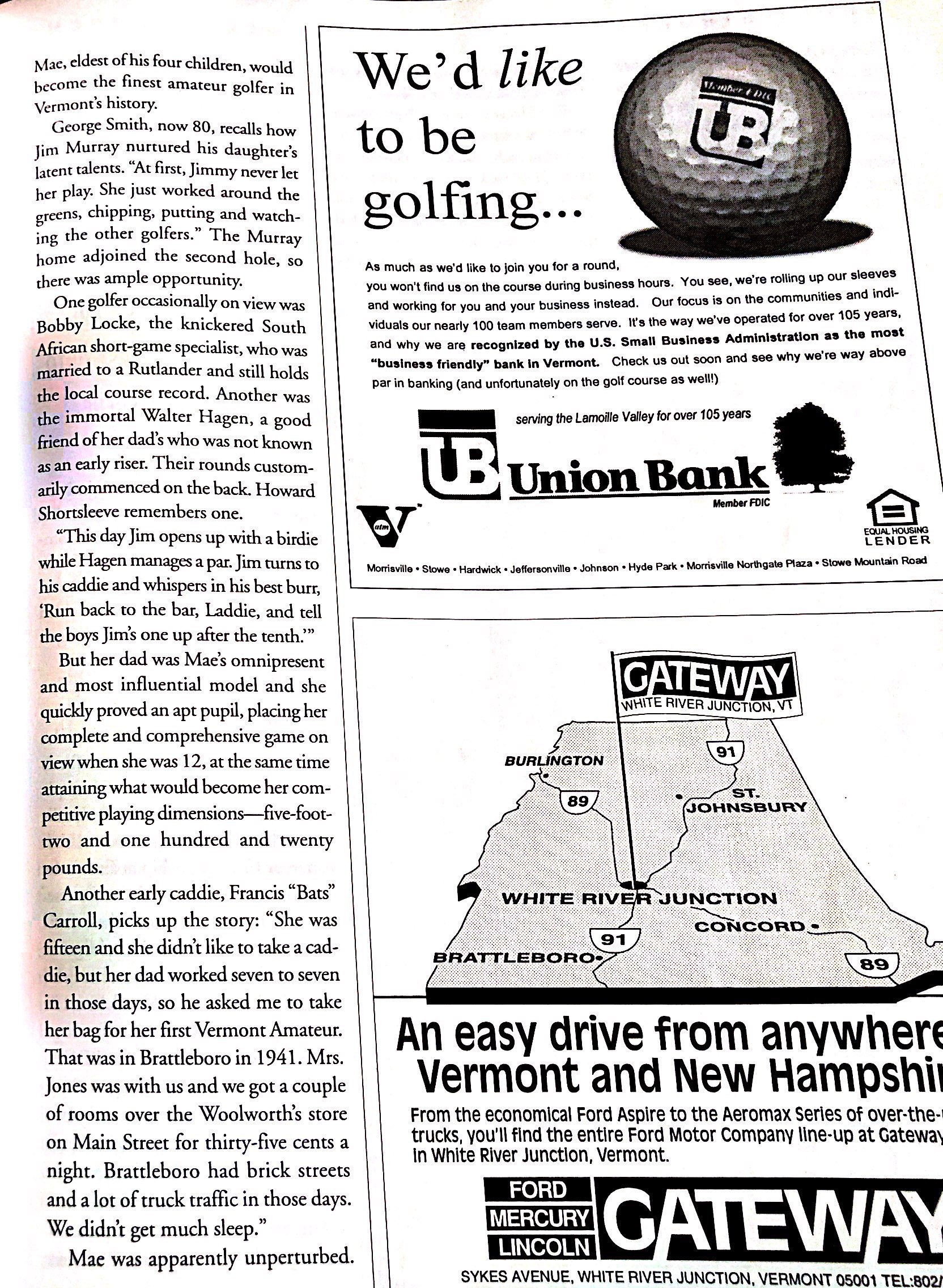 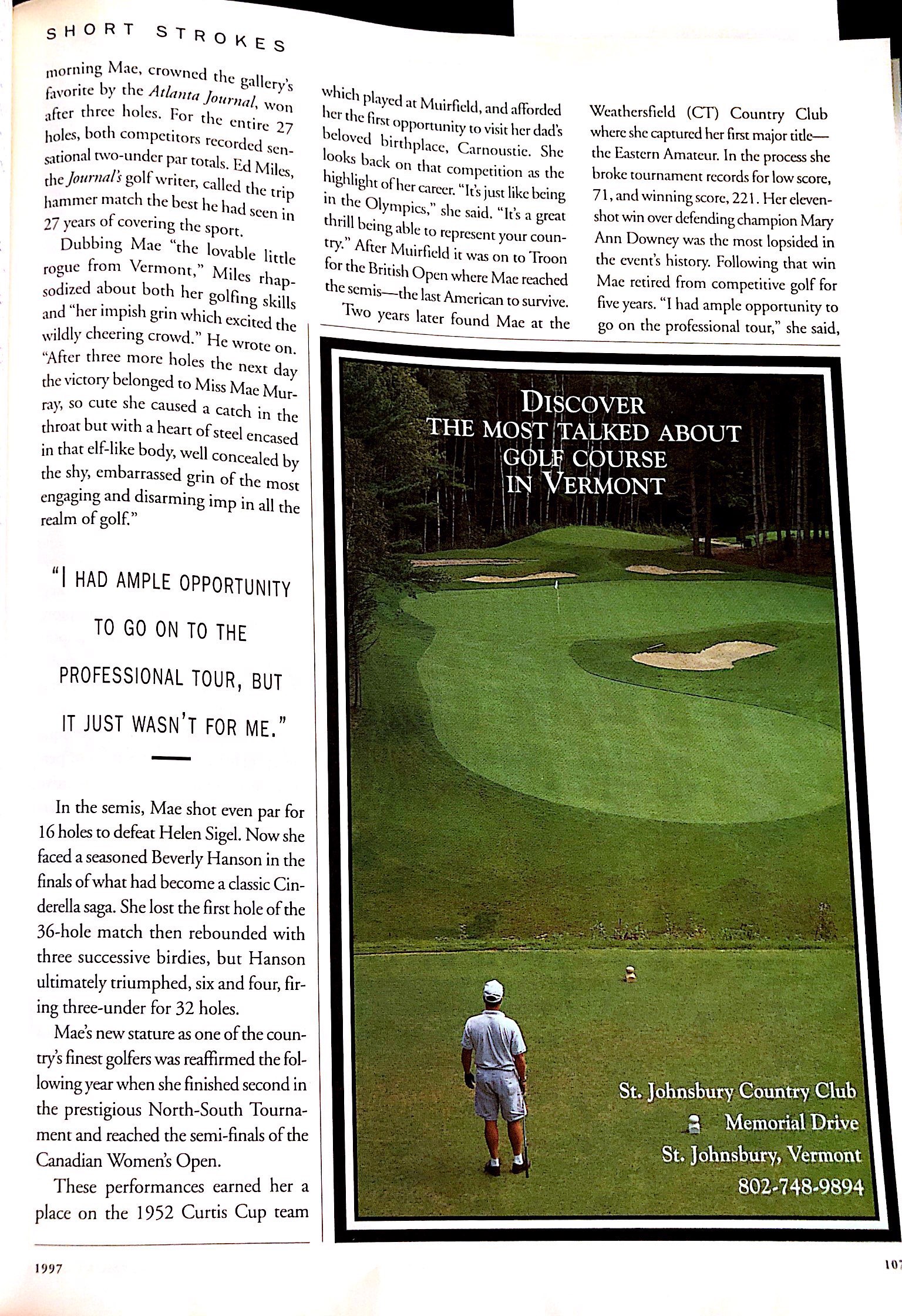