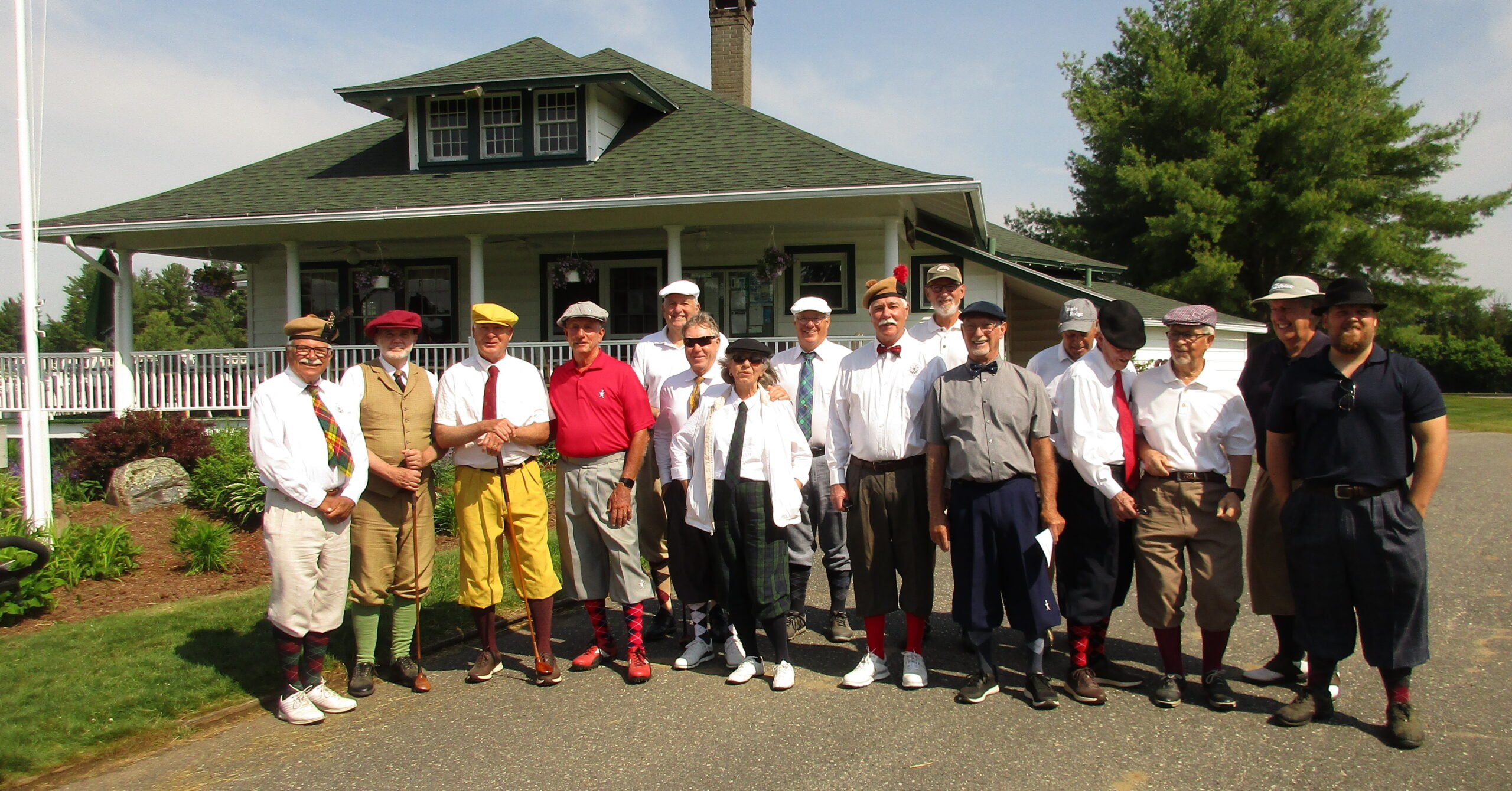 The 8th annual 2022 Vermont Hickory Scotch Foursome tournament is scheduled for Saturday, June 11, 2022, at the scenic 1935 Copley Golf Course in Morrisville, Vermont. Last years’ 2021 event had 18 players, 9 – 2 men teams which everyone had a spectacular time. The course was in overall perfect condition with all teams enjoying the foursome format. The play was intense with Alessandrini (father-son) team winning first place along with Audy-Earley team coming in second. In the sudden-death playoff for championship the upset came with Alessandrini team on the second hole, missing a short putt and Audy-Earley team winning the match.

This is a one-day, 18-hole tournament with a 2-person team, alternating shot format. Play will be conducted with all teams playing in the same flight without reference to handicaps. Tees appropriate to age or gender of players to be used accordingly. We have found that the great levelling factor is the alternate shot format. There will be 3 divisions playing the following tees. Open division = Blue-Blue. Senior division = White-Blue. Statesmen division = Red-White. Womens division = Red-Red. Based on your division of play, make sure you play the correct tees. The correct colored tees will be noted on your Tournament Card and will be handed out at the first Tee box.

The Overall championship to be decided by sudden death shootout following play, foursomes format, with the winning team playing against ties, or in the event of no ties the first-place team competing against the second-place team. Let us know if you are planning to attend!