[Note:  this article was sourced from a Facebook post in the Society of Golf Historians, by Connor T. Lewis.  Photos and the original source that Connor pulled from is an article by Walter Travis in The American Golfer Magazine (which Travis founded).  We’ve made minor edits to improve the flow of the narrative]. 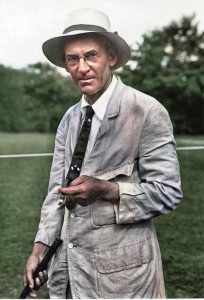 Walter Travis  (above) was an incredibly talented American amateur golfer during the early 1900s. He was also a noted golf journalist and publisher, an innovator in all aspects of golf, a teacher, and golf course architect.  Although he hailed from Australia, we in Vermont call him our own.  But first, let’s look at the Ekwanok course in the year of our narrative, 1914. 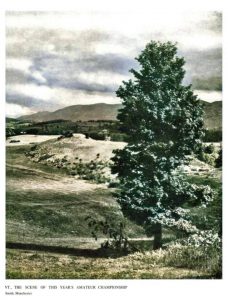 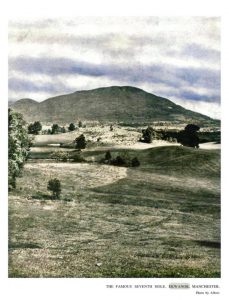 The Ekwanok course was designed by Walter Travis in 1899 and the course is steeped in golf’s early history in this country. This includes it’s role in hosting the 1914 US Amateur, which was ultimately won by Francis Ouimet.  Here are some photos and a brief narrative to enjoy. 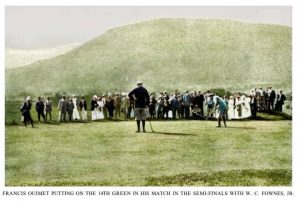 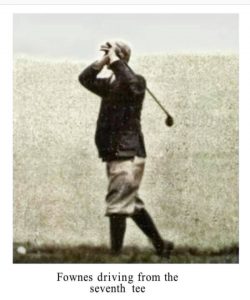 Francis Ouimet met Jerome Travers there in the Finals of the 1914 US Amateur.  Travers was on the verge of winning his 5th US Amateur and what would have been his 3rd in a row, while Ouimet was 1 year removed from his thrilling US Open victory over famed English golfers Henry Vardon and Ted Ray. 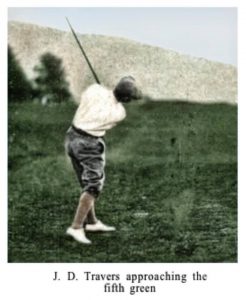 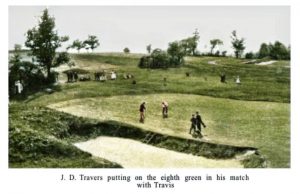 It’s worth noting that Jerome Travers, in order to make it to the finals, had to make it by Walter Travis, who was the course’s architect. 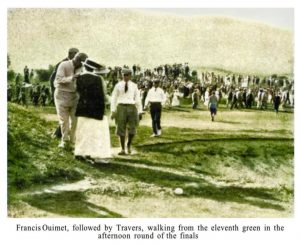 Travers had barrel-rolled the field going into the finals.   In the end, though, Francis Ouimet would not be denied his first US Amateur. Not only did he beat the greatest amateur golfer that the USA had ever produced (at that time) he beat him like a drum 6&5. 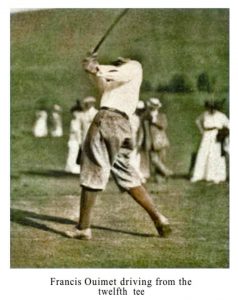 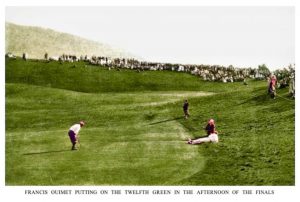 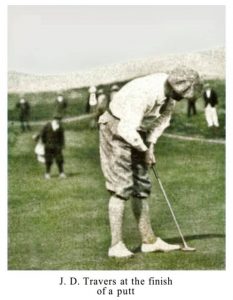 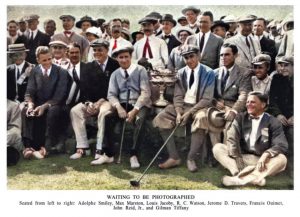 Abruptly after the US Amateur, Ekwanok walked away from hosting majors. The course was a favorite of our first Golfing President, William Howard Taft. 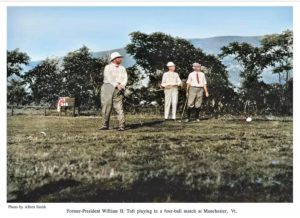