The waning years of the late 19th century saw the creation of a handful of what would turn into Vermont’s still-standing,  historic golf clubs. As Jack Mahoney wrote in “The Golf History of New England:” “Following Dorset came a flock of courses in Vermont, including Woodstock (1895), Mt. Anthony in Bennington (1897), Ewanok in Manchester (1898), The Mountain View Country Club in Greensboro (1898) and the forerunner of the Burlington Country Club, the Waubanakee Golf Club, in 1899…Although Mountain View is not noted for a particularly difficult hole, it provided a rare look into the past of greens fence off to ward curious cows and other unwanted creatures.

More about the cows later, but first, credit a woman- Jane Mackenzie- for helping spur the creation of Mountain View Country Club, a beloved summer destination for members located approximately 30 miles north of Montpelier. According to the club’s centennial history, it was during the summer of 1895 when the game of golf was introduced at Mountain View.

“It was Mrs. Mackenzie’s contagious enthusiasm which really started the whole thing, and prompted the men to try three short holes in the pasture where D.R. Stuart’s cottage now stands,” wrote Franklin B. Snyder, the club president from 1929-2932. 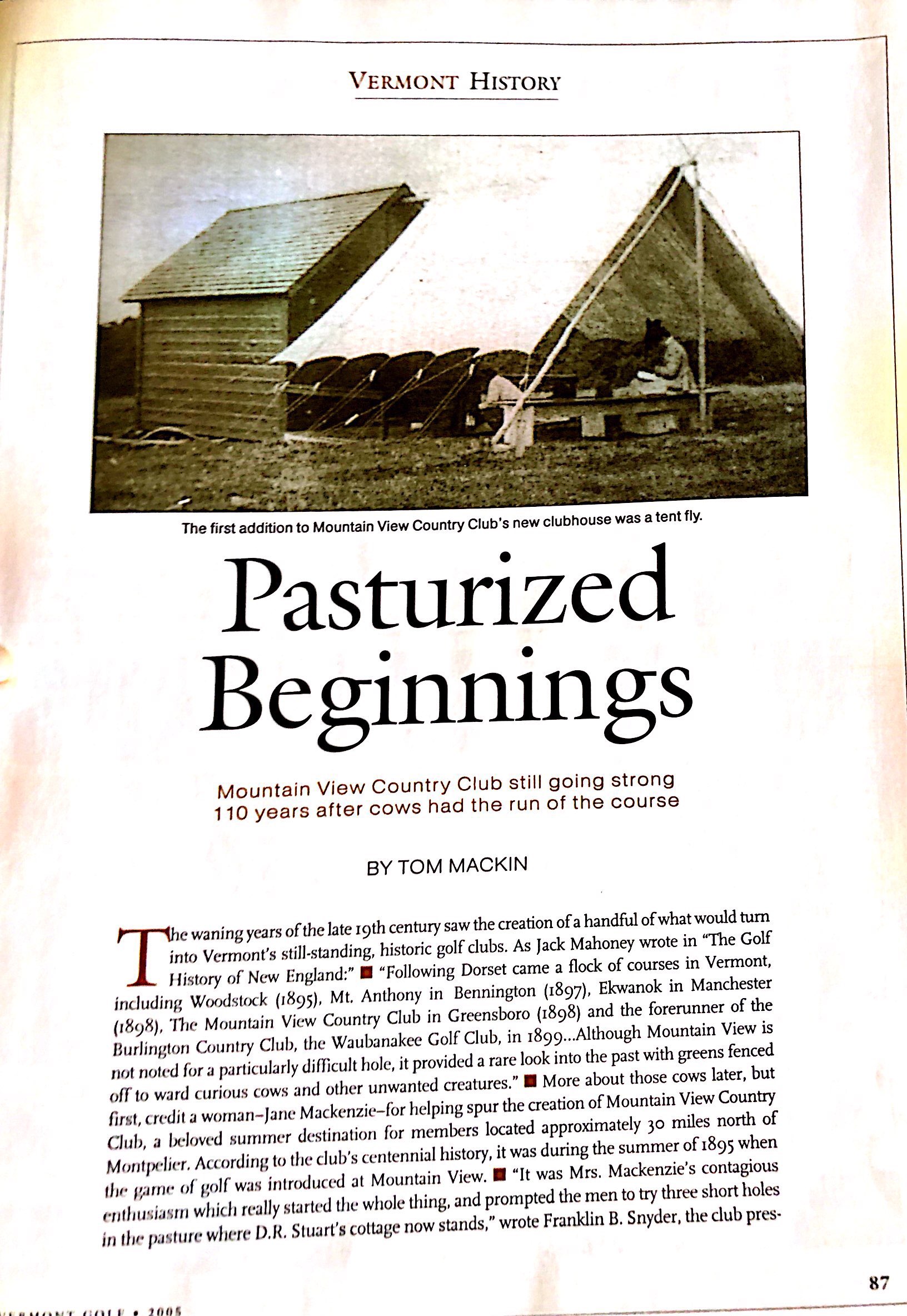 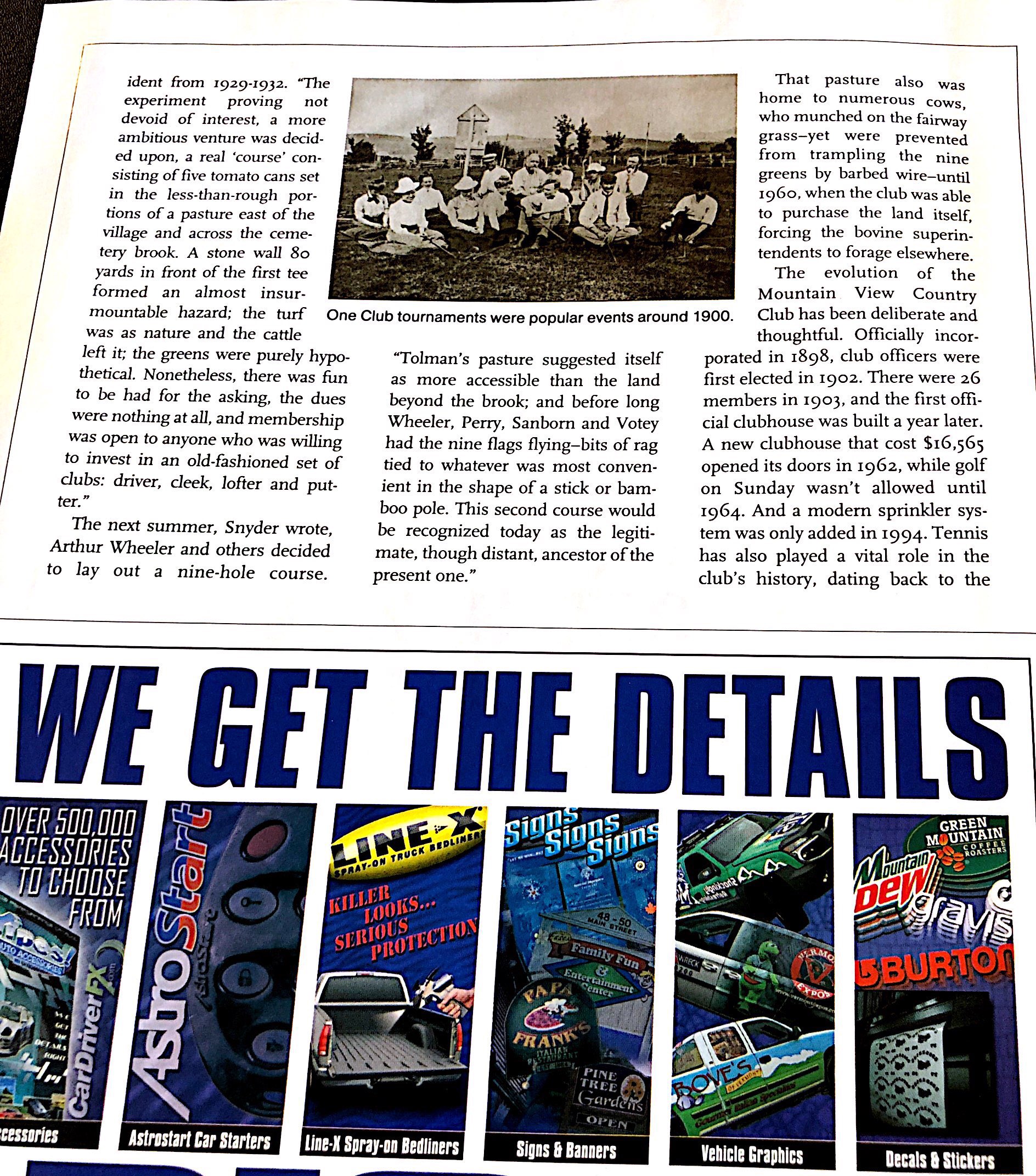 Go Back to Golf History Archive