Rome wasn’t built in a day and nor was the Williston Golf Club. in 1927, Frank Talcott built the original nine holes. It was created for the enjoyment of his friends and family. It was a simple layout with sand, greens, coffee cans were used for the holes and a single set of hickory shafted golf clubs was shared between the few Golfers that would play each day.

As the games popularity grew so did the Williston Golf Club. Franks son, George Talcott operated the course through the mid 1960’s. His daughter, Shirley and her husband, Ben Murray, took over in the late 60’s. Ben Murray redesigned the course, he added nine holes. Along with many family members they grew the Williston Golf Club to what it is today- a family masterpiece. Many improvements to the Club followed including the clubhouse which now houses Old Duffers Tavern.

Today the Williston Golf Club is owned and operated by Frank Talcott’s Great Grandsons: Jeff Murray, a former Vermont Amateur Champion and Larry Keefe, who is considered one of Vermont’s Finest Golf Course Superintendents. They represent the fourth generation. The fifth generation is also on the job and together the family is working the golf course to ensure that it remains one of the most enjoyable courses in Vermont and New England. “This family has established a tradition of excellence and valuable by offering its patrons perfect course conditions, an enjoyable pace of play, friendly service and an inviting clubhouse atmosphere. All this at an unbelievably affordable rate,” says Tood Trono, PGA Head  Professional at Williston. 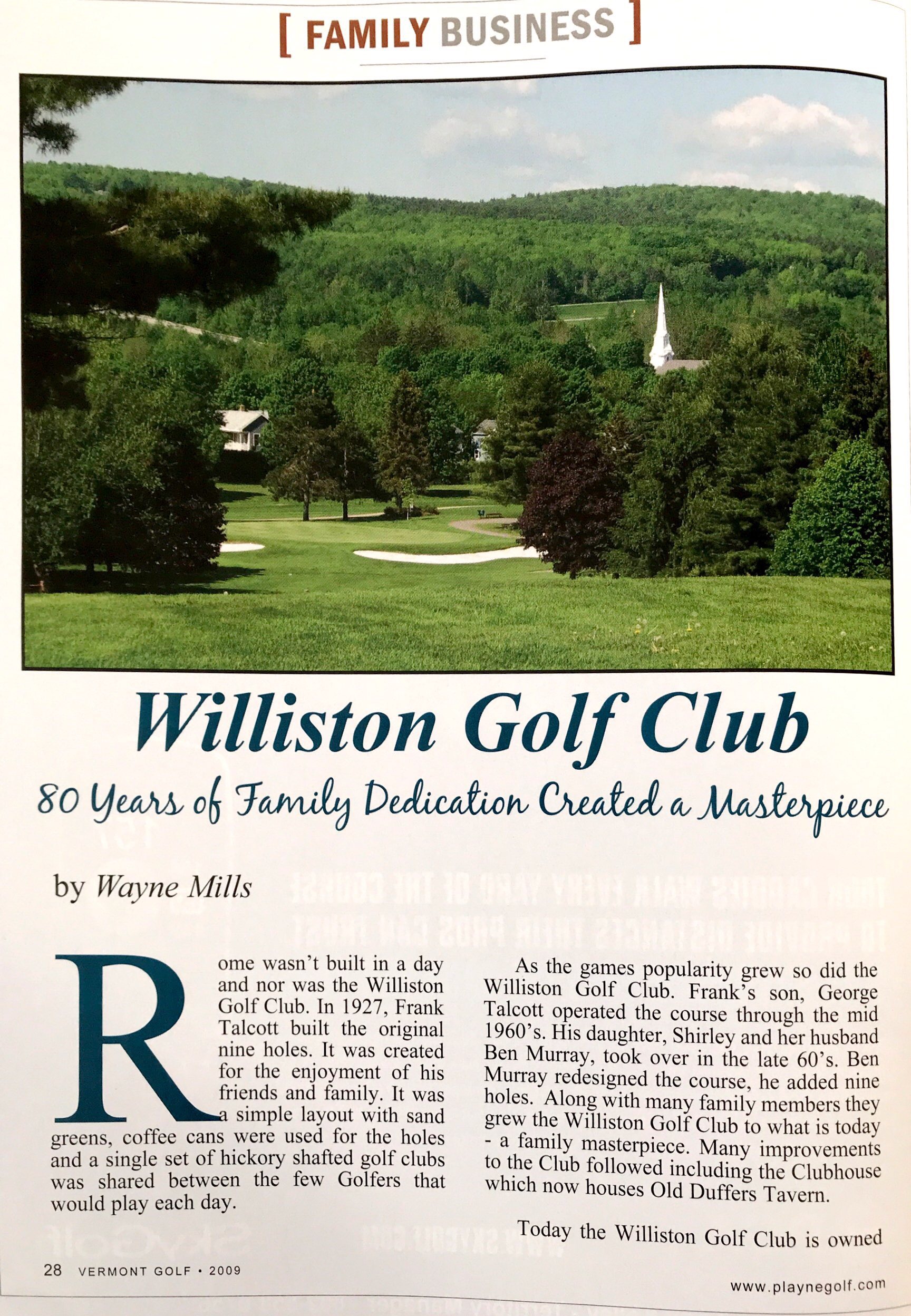 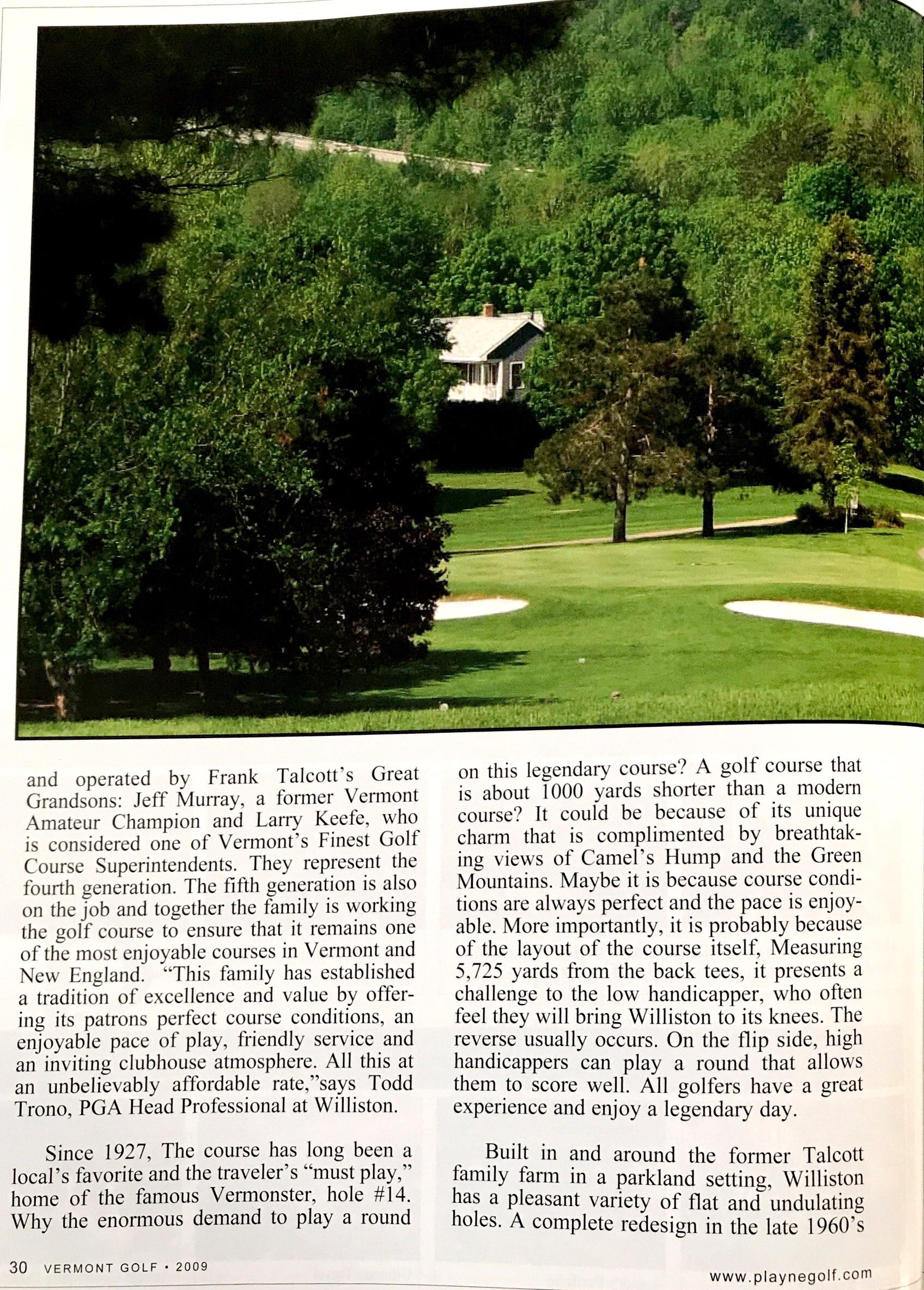 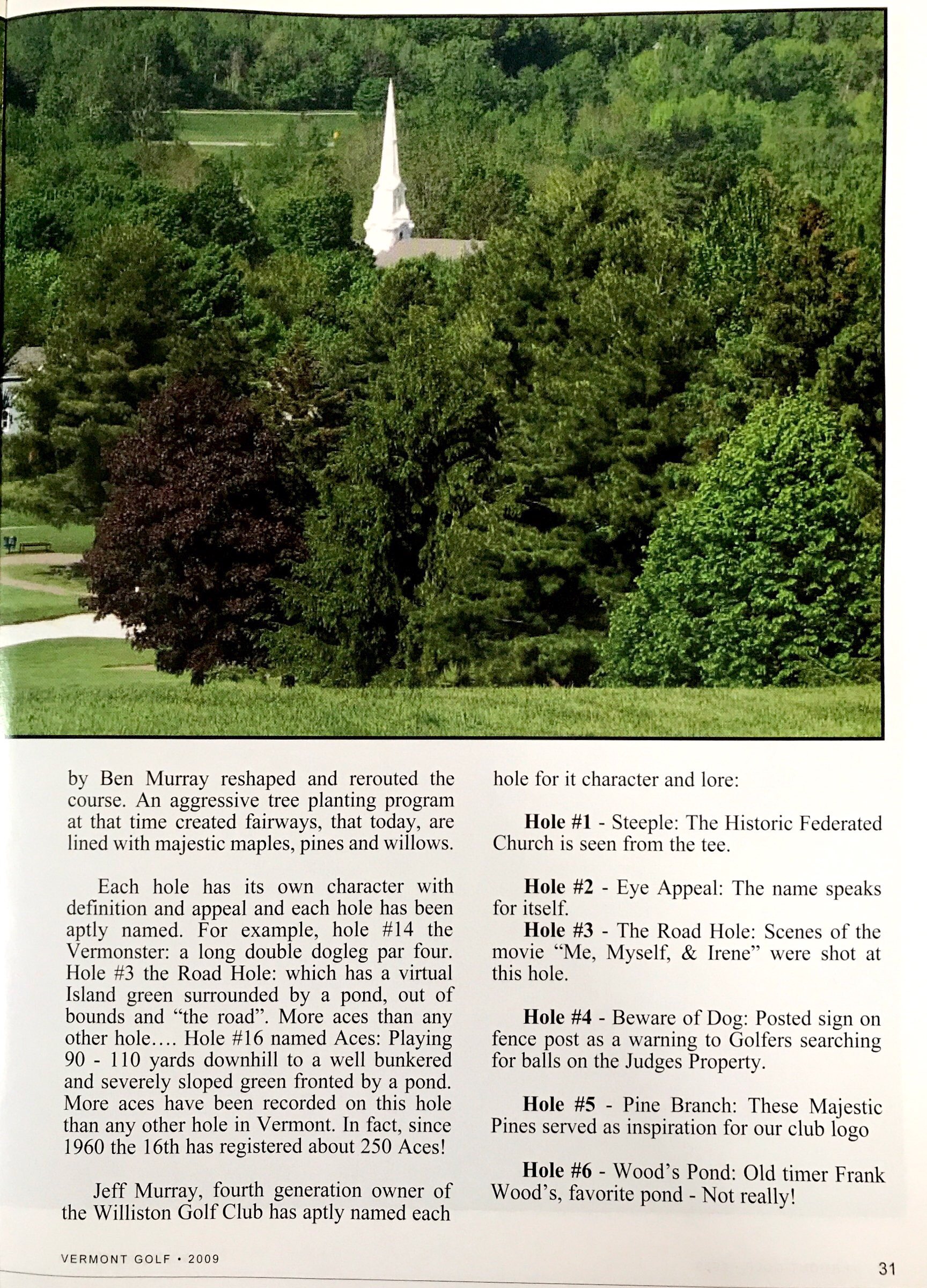 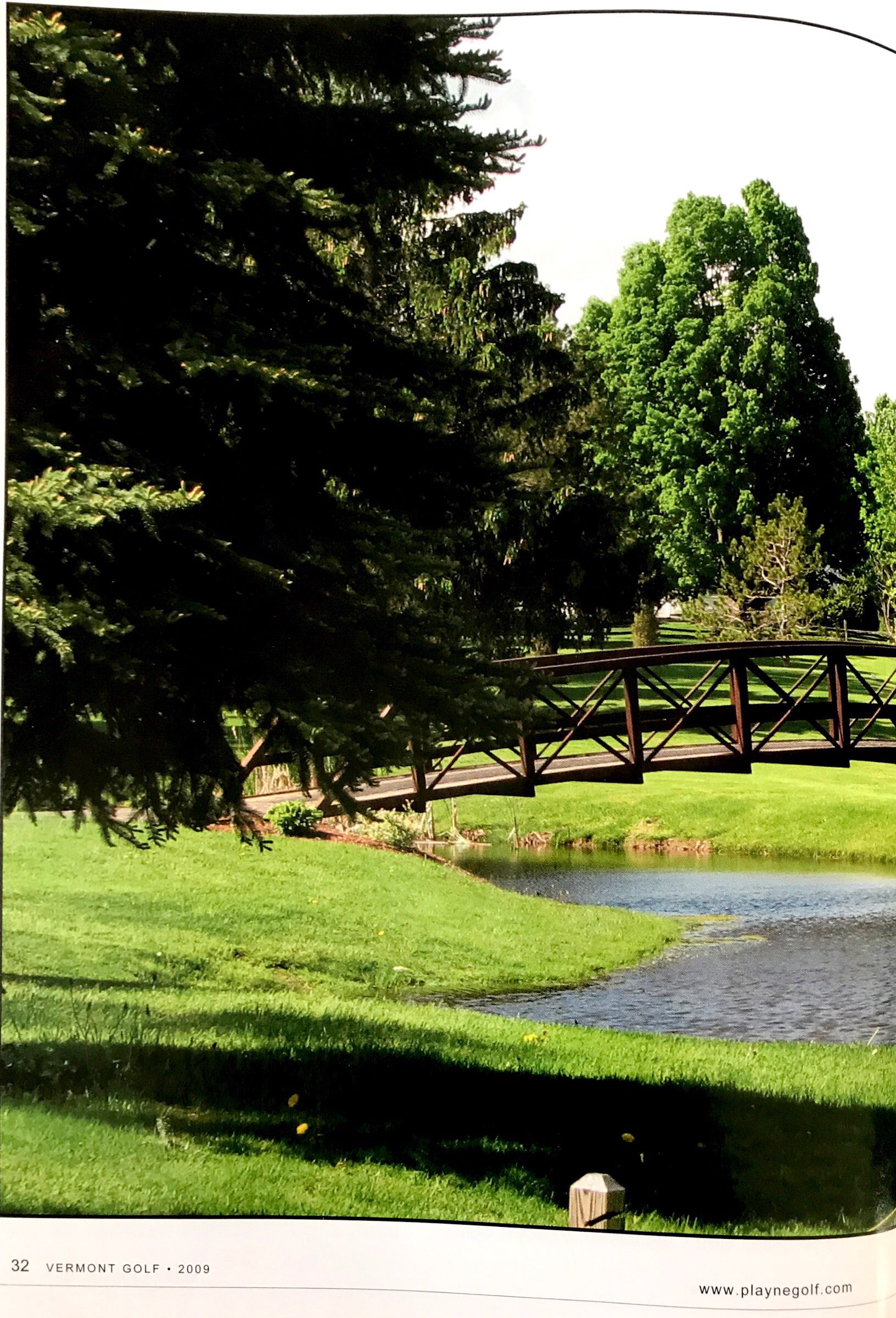 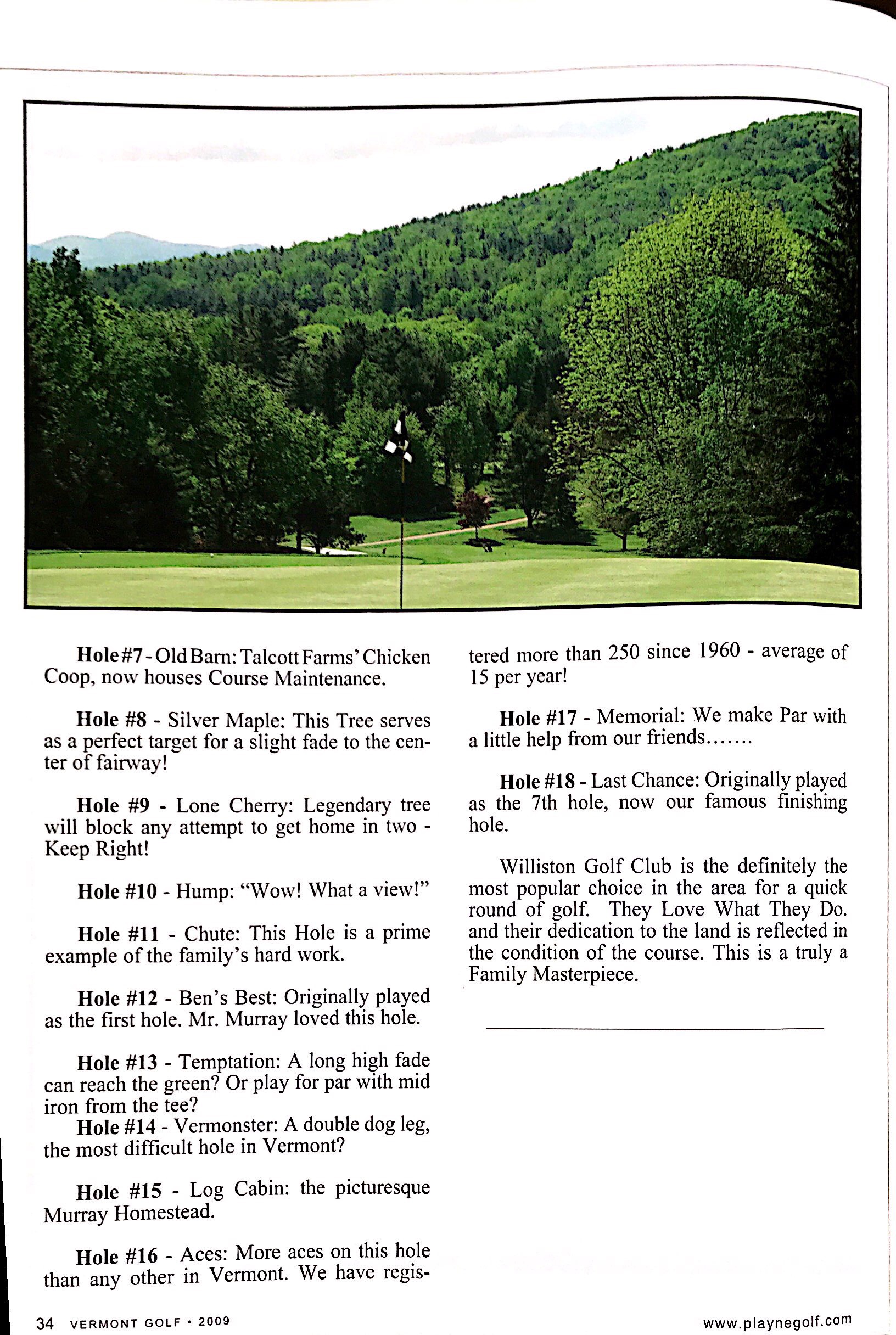