In the muted sunshine of a summer’s day, Bob Beach Jr, points with pride at the 700 acres that make up his family’s Basin Harbor Club, along Lake Champlain’s eastern shore. “We’re weeking property-wide Audubon certification,” he says, and if the club gets it, it will be one of the few in Vermont to do so. An environmental stamp of approval from an organization like the Audubon is important to the folks at Basin Harbor because it fits with an attitude that stretches across four generations and more than 100 years. “Our philosophy has always been to stewardship of the land,” Beach says as he points to wildflowers, butterfly parks, bird nesting areas, nature walks, and wildlife habitats. Audubon certification will affirm what the Basin Harbor Club has stood for all these years.

While most Vermonters know Basin Harbor as one of the most splendid resorts along Lake Champlain, it wasn’t always the showcase that it is today. In the late 19th century, the land encompassing the resort was little more than a 225-acre farm, with a farmhouse and outbuildings along the empty shore of Lake Champlain. Purchased in 1882 by Bob Beach’s great aunt, Ardelia Beach, at a Tax sale for $4,000, the property struggled along, and four year later, Adrelia decided to take in boarders- the first guests at what would eventually become Basin Harbor Club. Allen Beach, Ardelias nephew, began working for his aunt shortly before her death in 1909. He and his father bought the club and some adjoining land from her estate a year later. Thus, the outline of today’s Basin Harbor club took shape. 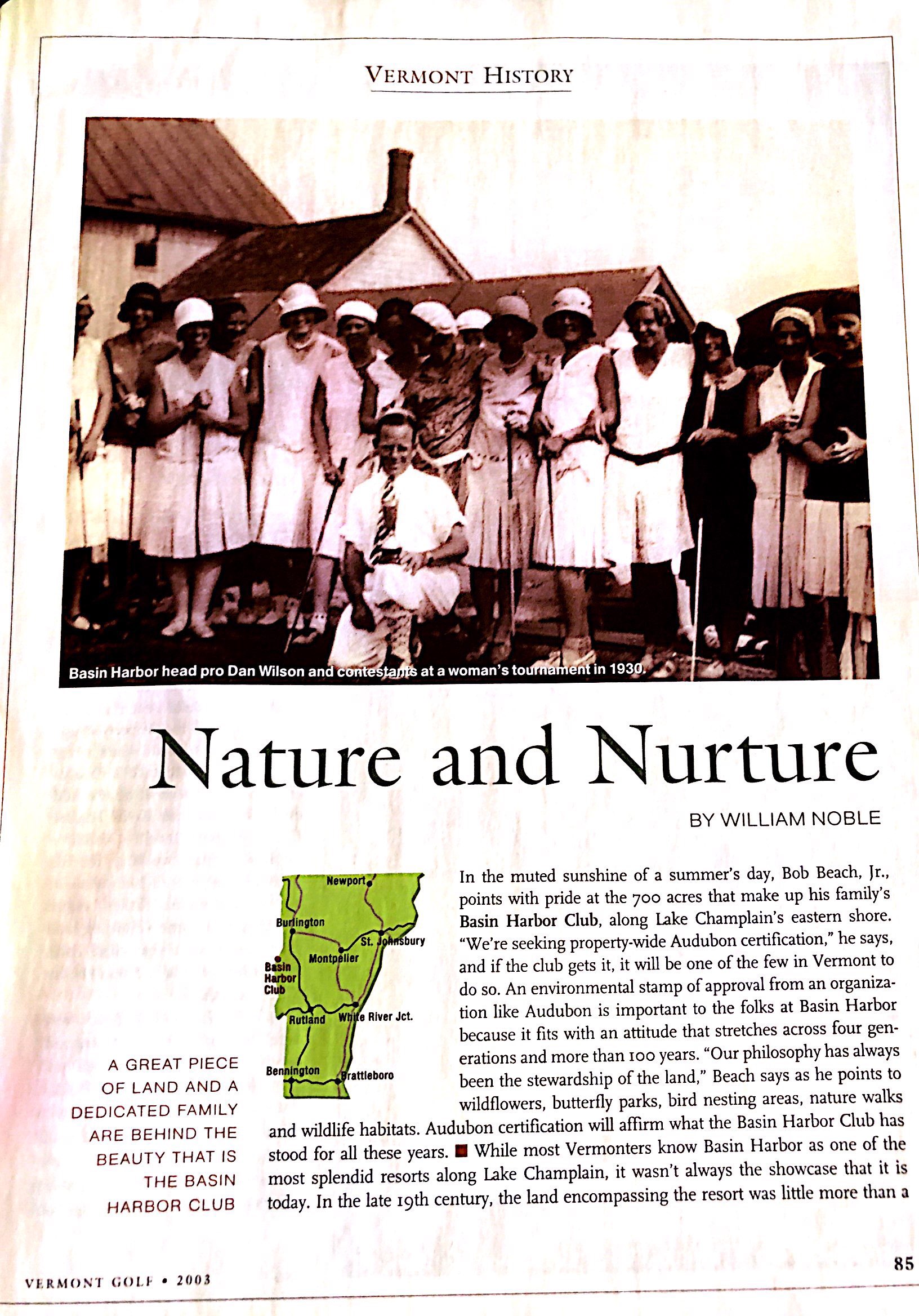 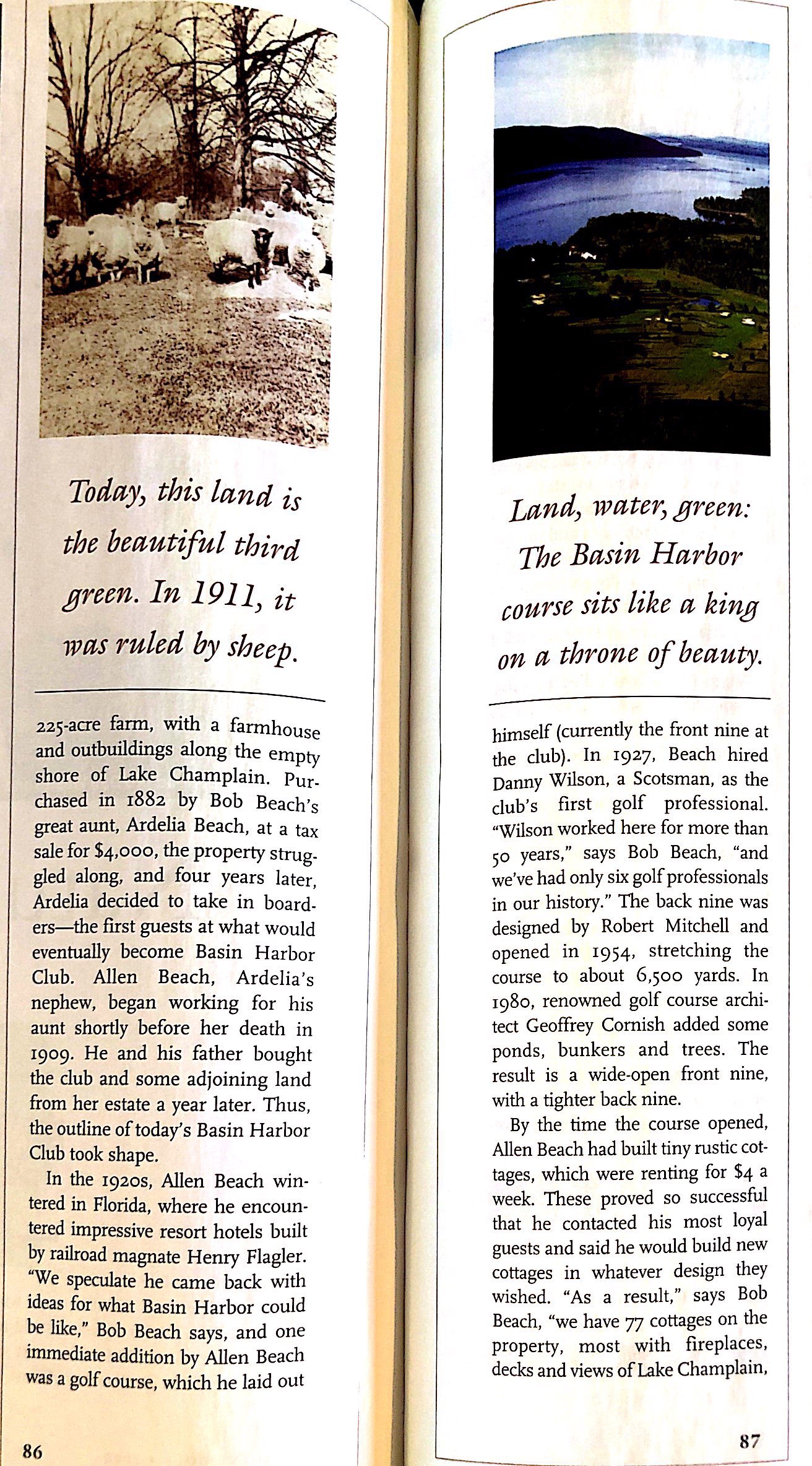 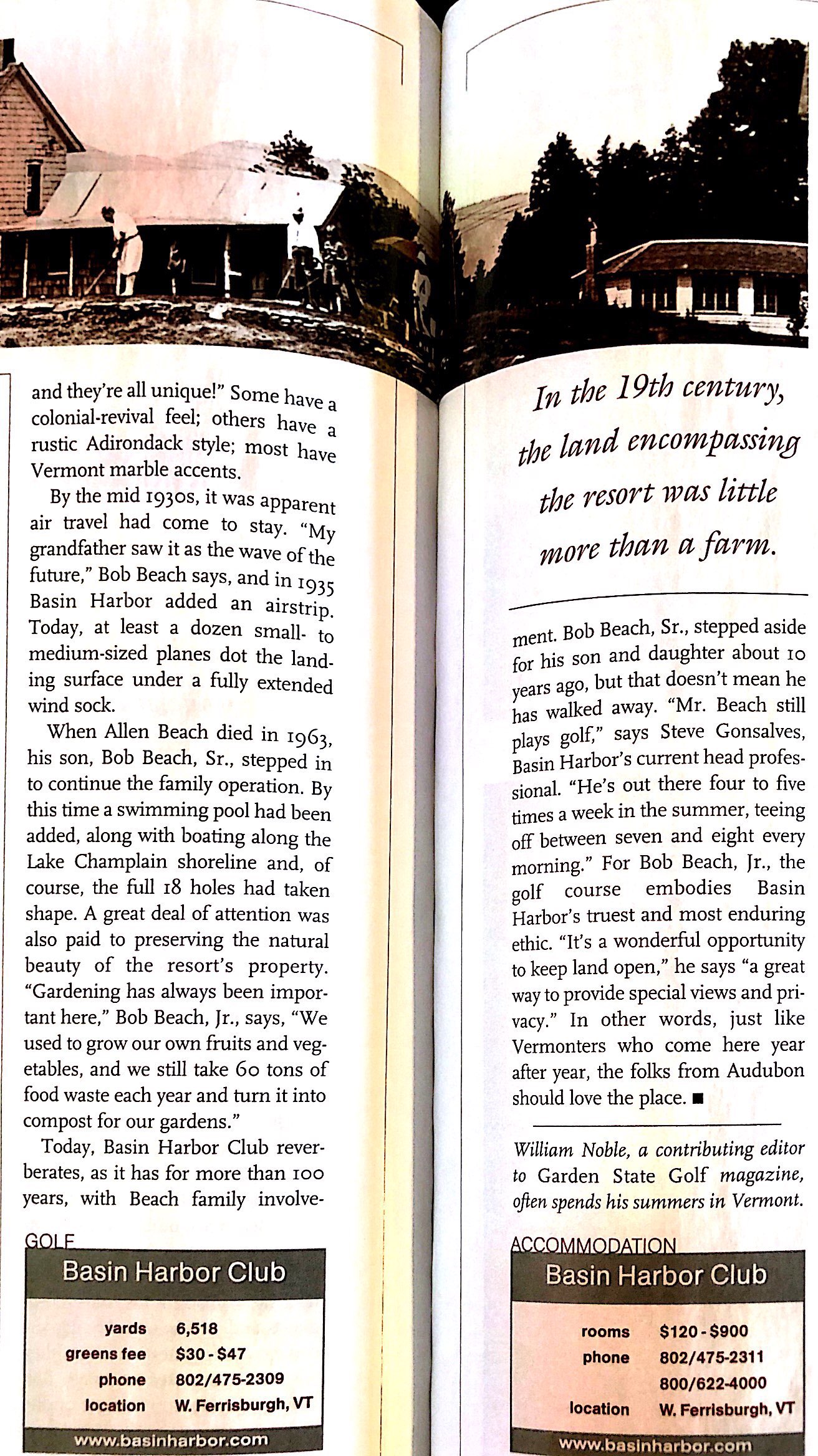